From Everest to Health Plans: Conquer Your Goals Incrementally 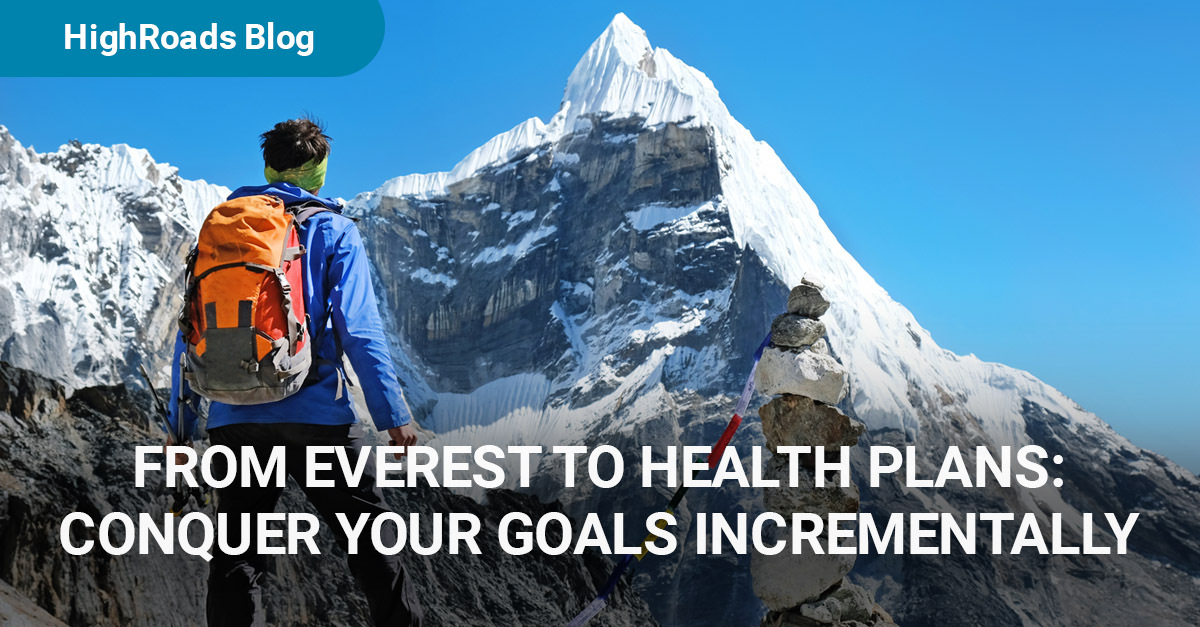 From Everest to Health Plans: Conquer Your Goals Incrementally

We have been fortunate to work with a very large new customer of late. They are a behemoth with incredible capabilities and capacity as well as equally large needs. Together, we share a belief that there are massive improvements we can realize. At the same time, it is a daunting task – sort of like climbing Everest.

An Everest is obviously risky – over a dozen seasoned climbers died in 2019 alone. At the same time, it’s Everest; it’s an incredible thing to stand on the highest spot on Earth. The summit is 8,848 meters above sea level, and everything above 8,000 meters is referred to as “the death zone” with air that has only a third of the effective oxygen versus at sea level.

No one attempts to fly into Kathmandu then Lukla and go straight up. It’s insanity on many levels. Instead, it’s a months-long expedition, moving from camp to camp up the mountain. The need to bring up equipment, the need to acclimate to the thinner air, and the climb itself require a patient, stepwise approach to summit and survive.

I think this is really similar to what our client and many health plans need to do. A “big bang” approach is fraught with risks. Instead, collecting incremental wins allows the program team to learn and continue to refine the approach. The company realizes value immediately versus waiting for years. Perhaps most importantly, the operational organization is able to acclimate to a new way of doing things, a new “art of the possible”.

One of the most successful health plans we’ve worked with is a large multi-state organization that partnered with us to get their products to market faster and more efficiently. We crafted an incremental plan that was designed to reach their goals in stages. Within four months, the plan began to realize financial value and saved $3 million in net expenses in the first year alone. We gradually expanded the partnership, adding new business functions and lines of business. Eventually, the plan trimmed four months from their product development lifecycle with 80% less effort. Their summit included achieving immediate returns and long-term profitability.

At the end of the day, return on investment, like summitting Everest, is driven by incremental value in time – not just maximizing ultimate value.

Back to the blog home page »